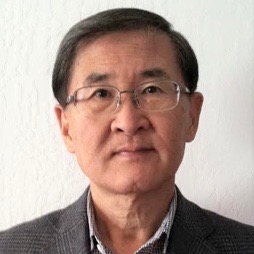 Prior to returning to academia, he had led the development of world’s premier CMOS 32bit VLSI microprocessor chipsets for telecommunication and computing applications as a technical supervisor of AT&T Bell laboratories, Murray Hill, NJ. This historical achievement was celebrated with issuance of a US postage stamp.

Kang is a fellow of IEEE, ACM, AAAS, a member of both the National Academy of Engineering, Korea and the Korea Academy of Science and Technology, and has served on the Presidential Advisory Council on Science and Technology of the Republic of Korea, and as chair of the World Economic Forum’s Global Agenda Council for Future of Electronics. He holds 16 US patents and has authored ten books and published over 500 journal and conference papers. He has obtained his Ph.D. from UC Berkeley, M.S. from State University of New York, Buffalo and B.S. (Summa Cum Laude) from Fairleigh Dickinson University, Teaneck, NJ. He was awarded an Honorary Doctor of Science from Fairleigh Dickinson University.